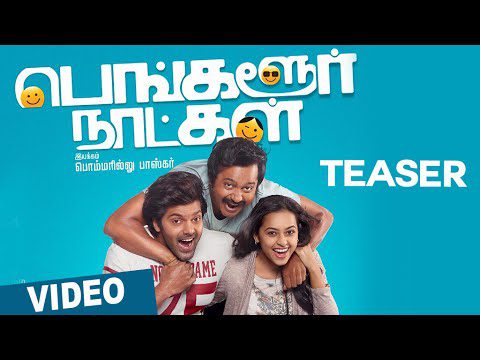 Bangalore Naatkal is an upcoming Tamil comedy drama film directed by Bhaskar. Featuring an ensemble cast consisting of Arya, Sri Divya and Bobby Simha in the lead roles, it also has Rana Daggubati, Raai Laxmi, Parvathy and Samantha in other major roles. Produced by Prasad V Potluri under his banner PVP cinema.

Bhaskar is famour for his work in ‘Bommarillu’ with Allu Arjun.