This is definitely an astonishing achievement made by human kind and to be in particular by the Google team. Deep Mind is British Artificial Intelligence company started in 2010 and acquired by Google in 2014. Since 2014, there have many updated appearing on the innovations Google is working upon the Artificial Intelligence with Deep Mind. In recent time, the one that had attracted the Tech industry is that the Google’s Deep Mind AI said to be taught itself how to run, jump, crouch and even climb. 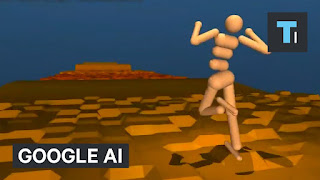 The Deep Mind team have gave just one simple instruction to the AI simulation prototype and the results were staggering, truly impressive while little goofy to watch. Yes, the instruction given is just to make “Forward Progress”. 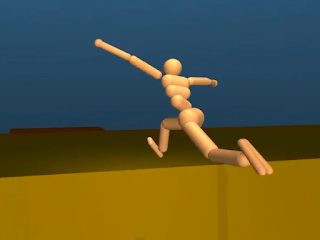 Given the instruction to move from A to B, it has been given diverse fields to tackle by itself. Surprisingly the AI have taught itself to cross over the given hurdles after learning by failing and completing them after a series of attempts.

The different prototype models were Humanoid, Quadruple object, etc. The Humanoid AI in particular taught itself to run on the stable and unstable see-saw floor, and given the hurdles it is seen to be easily jumping one over the another and falling to the ground while attempting the little steep hurdle.

At one particular moment, it has crouched under to object to make a progress and jumping the bare fields to touch upon the noticeable footpath ahead. Likewise, the four leg object made itself to move ahead facing the given hurdles.

Interesting innovations like these truly help many of us to believe in ourselves and acknowledges the fact that human race is definitely progressing way ahead of our thinking. Watch the videos to see how well the Deep Mind AI impressing things all around.

Chrome to Soon Get HTTPS-Only Mode for Secure Browsing

Windows 11: Here’s How You’ll Update Later in the Year

Why is Internet Safety Important for Kids?

The Next Big thing in Information Technology – DevOps, The better Technology