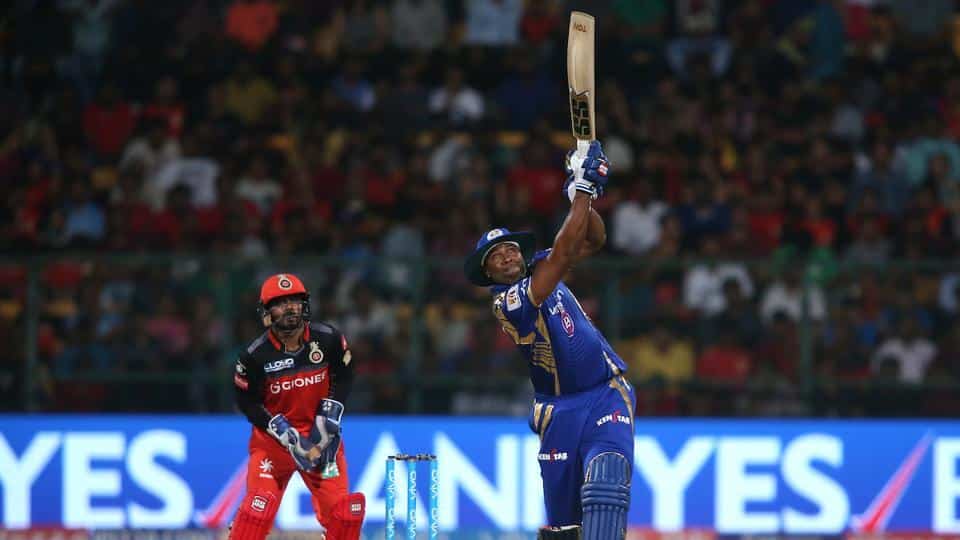 The big match and another riveting game of cricket at the Chinnaswamy Stadium yesterday where the Mumbai Indians stunned Royal Challengers Bangalore by 4 wickets win and registered their third successive win in this IPL 2017.

Happy to see the comeback of run machine Virat Kohli started their magnificent innings with half century scored 62 runs of 47 balls. RCB started well with the opening partnership of 63 runs but the middle order performance is not up to the mark hence they set a low target of 143(20).

Mumbai Bowling performance was terrific in recent matches. Even though the target was quite easy there was a complete shock for the MI fans. They lose first 5 wickets in quick time and all set batsmen (Patel, Rohit, Butler, Rana) failed to impress. Samuel Badree claimed a hat-trick for RCB, but Kieron Pollard’s 70 helped MI seal the deal. Struggling at 33/5, Pollard and Krunal Pandya put on a 93-run stand took the away from RCB and finished the match with seven balls to spare.

RCB bowlers came back very strongly in this match and bowled some terrific overs but Kieron Pollard’s (MI) crucial fifty ends it on the right note for MI. Let’s see important highlights of the match.