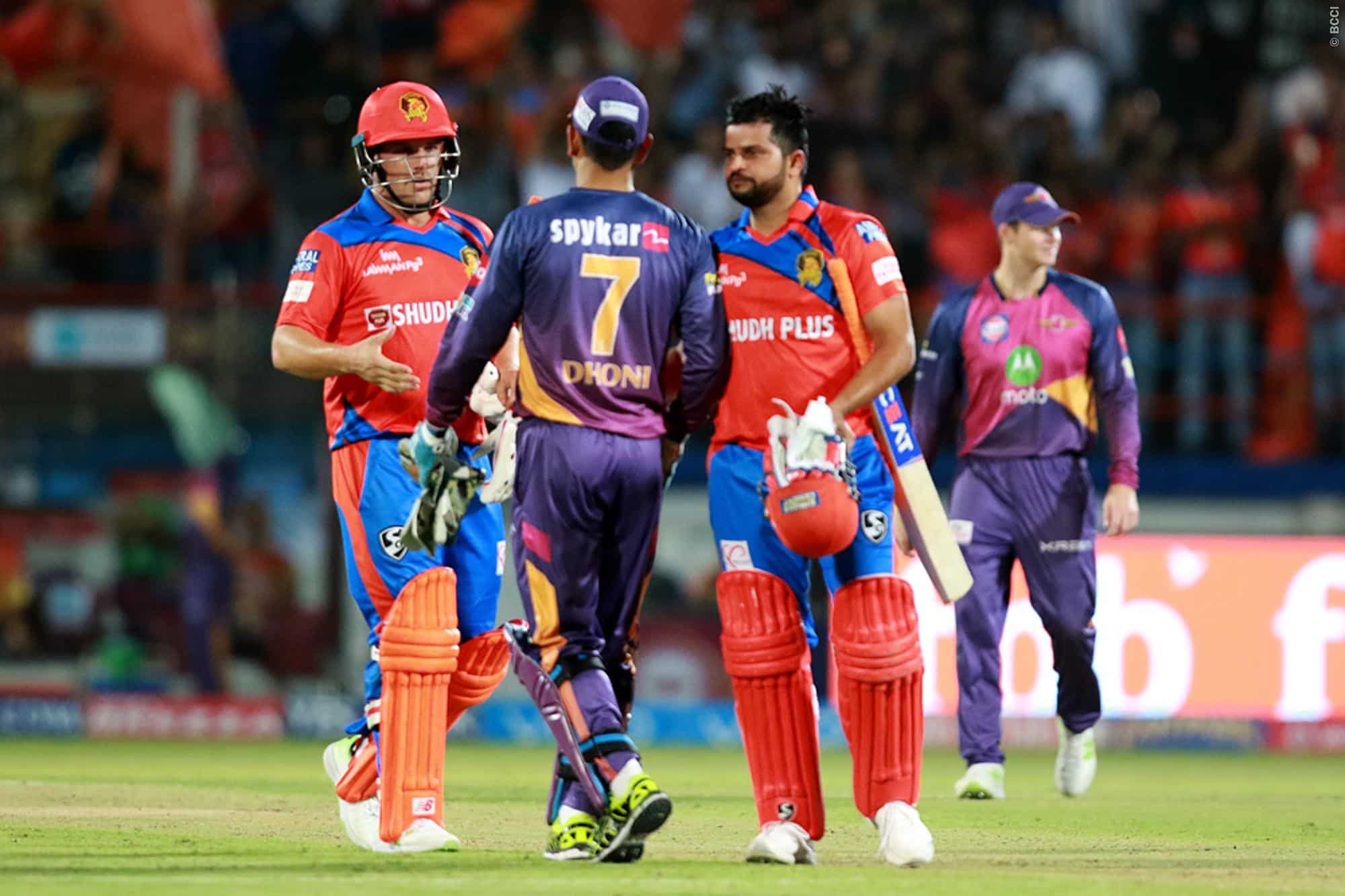 Wow!!! What a day!!! The special day for the bowlers and the day of hat-tricks. Andrew Tye(GL) and Samuel Badree(RCB) can mark their calendars today.  Here at Rajkot another stunner Gujarat Lions comfortable win over RPS and they strongly messaged to the visitor with the first win in IPL 2017.

A blistering start from Brendon McCullum and Dwayne Smith scored 49 and 47 respectively chased the target comfortably with two overs to spare. Earlier in the evening, IPL debutant Andrew Tye scalped 5 wickets, which included a hat-trick, in the last over of the RPS innings.

It’s been a thrilling night of cricket. The start of GL is terrific. Raina(GL) stunned the audience with the perfect catch in first slip and made Rahanae(RPS) went to the pavilion with no runs scored. Tripathi & Smith of RPS played some brilliant innings where Strokes, Tiwary, Ankit Sharma joined the party and manage to complete the innings with 171/8 (20). MSD who failed again fallen to Ravindra Jadeja but expecting a comeback innings in the upcoming matches. GL bowlers not that much impressed with the ball but this man Andrew Tye debut in IPL 2017 took 5 wickets including Hat-Trick. He was awarded the man of the match for his amazing spell.

The favorite openers of CSK (Smith and Mccullum) rocked with their batting performance of 94 runs stand helped GL to chase the target comfortably. After this wicket, Suresh Raina comeback innings of 35 runs in 22 balls & Aaron Finch finishes off in his style with 2 sixes scored 33 runs in just 19 balls. Let’s see some important highlights of the match.

Catch the highlights of extraordinary innings from both the team here – https://goo.gl/WSc8wY