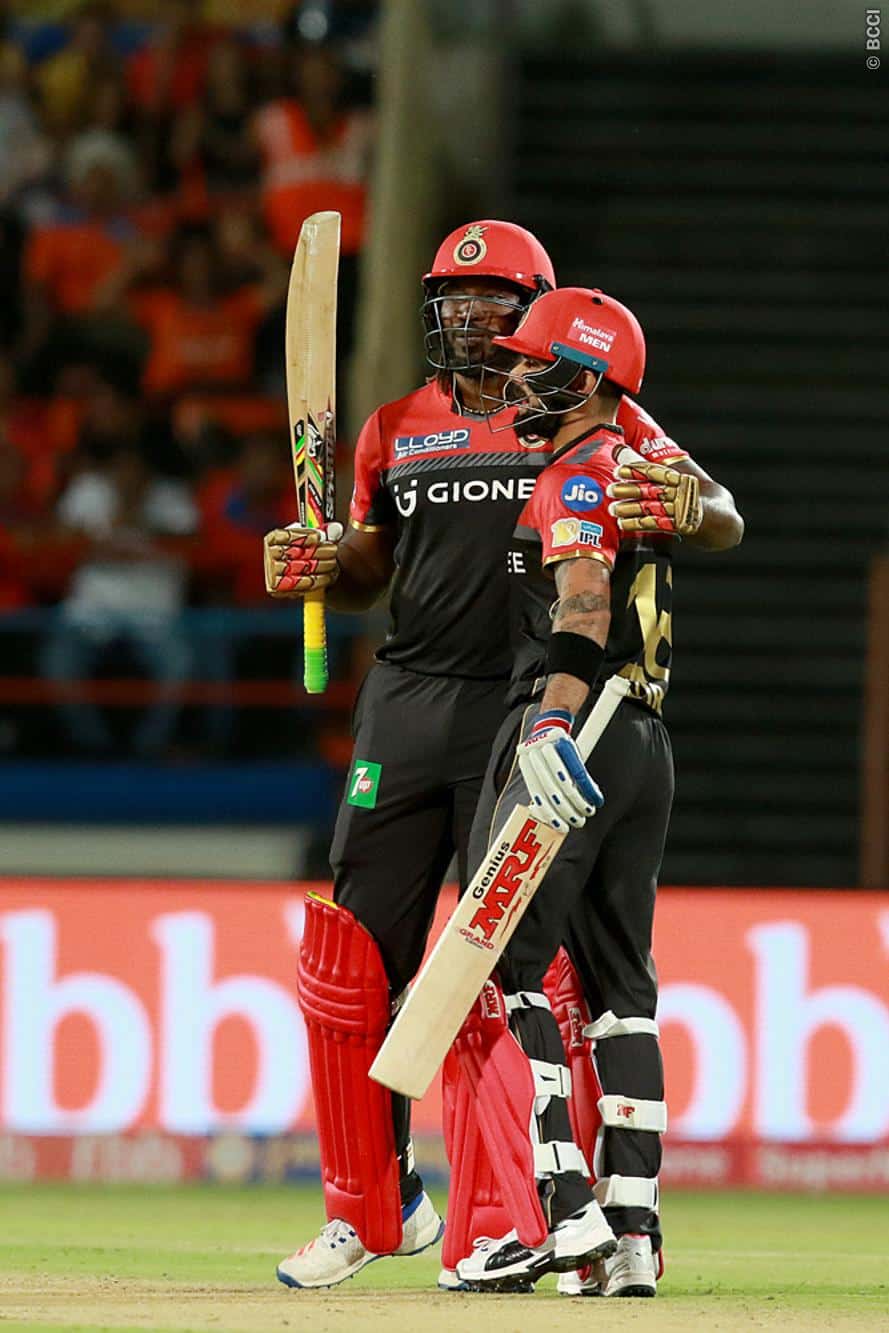 Gayle Storm and Virat Kohli crucial knock help RCB to beat Gujarat Lions by 21 runs in Rajkot. After the continuous loss RCB made a strong comeback with the opener Chris Gayle. The 122 runs partnership between Gayle and Kohli smooth the path of RCB and set the huge target of 214(20) for Gujarat Lions.

Chris Gayle shows bottle rockets with the bat and scored an excellent half century. Virat Kohli joins the party in opposite end played a steady knock that ends in a huge partnership. After the departure of two well-set batsmen, Travis Head and Kedhar Jadhav continue to blow and maintained the run rate manage to complete the innings with 213/2.

Gujarat Lions consecutive loss continues and the bowlers need to concentrate strongly. Brendon McCullum fight back innings with half century really impressed the visitors. Suresh Raina started well but ends in vain. Ishan Kishan energetic player hit some big hits in death overs. So, batsmen are performing well and expecting a comeback innings from the team. Chahal(RCB) was very impressive with the bowling attack in this IPL 2017. Let’s see some important highlights of the match.

Earlier Brendon McCullum almost pulled off the stunner in the deep catching Chris Gayle on 38, only for that hat to brush the boundary ropes. Watch the complete highlights of Gayle Storm & McCullum Fight back innings – https://goo.gl/7ugZz7