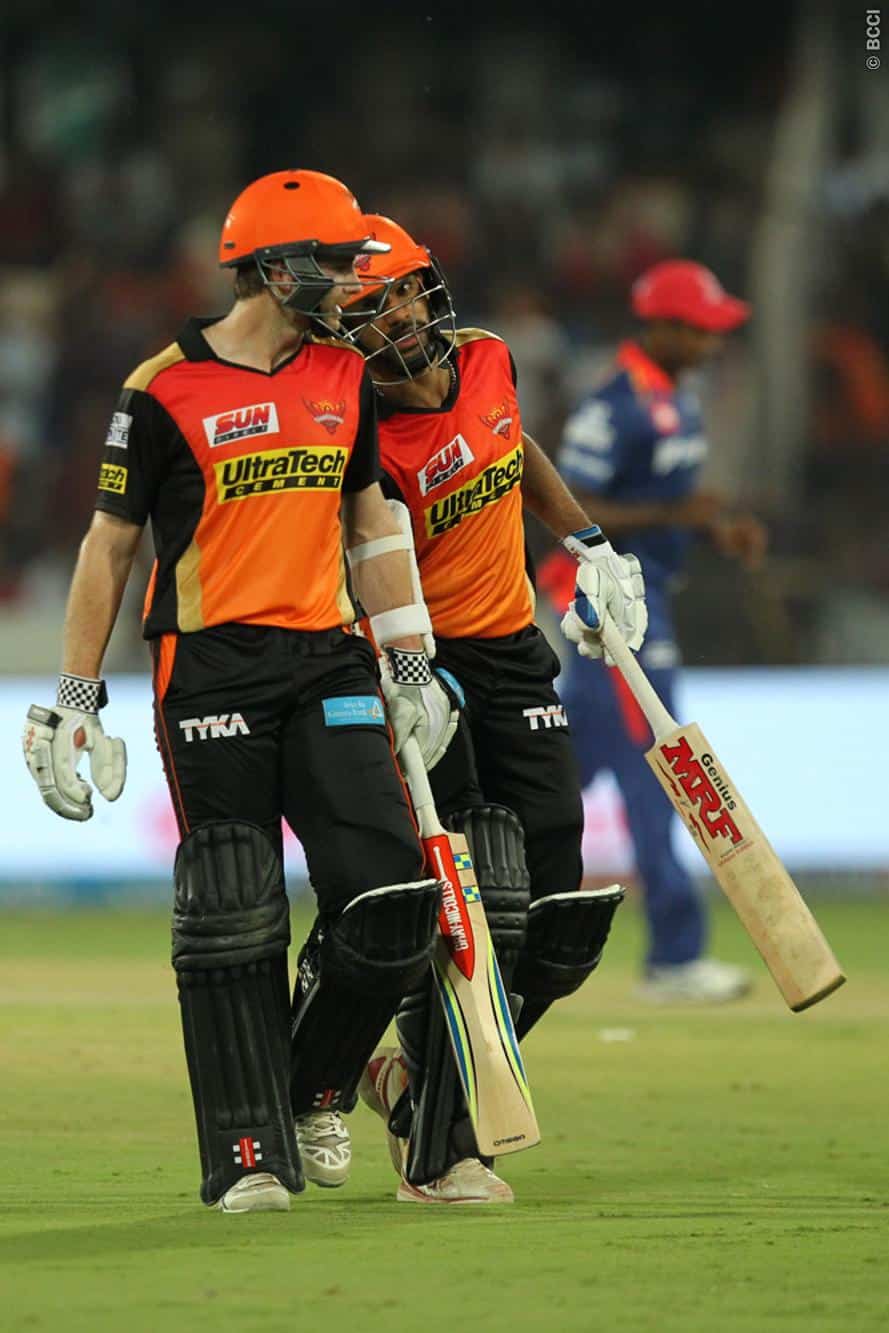 Sunrisers Hyderabad remains unbeaten at home and maintains their terrific form in this IPL 2017. At Rajiv Gandhi, International Stadium yesterday SRH beat Delhi Daredevils by 15 runs. SRH opted to bat first and the opener David Warner failed to start fallen shortly in 2nd over of the innings. The entry of New Zealand skipper Kane Williamson who was playing his first match in this IPL surprised the visitor with the half century.

Chasing the target of 192 runs, Sanju Samson started the momentum and steered the innings with Karun Nair and they added 71 runs for the 2nd wicket in 7 overs. After this wicket, Rishabh Pant who failed to impress and Shreyas Iyer (50) & Angelo Mathews (31) tried a lot better but DD fell short by 15 runs in the end. Let’s see some highlights of the match below.

Catch the highlights of the match 21  SRH vs DD here – https://goo.gl/UWuHUn