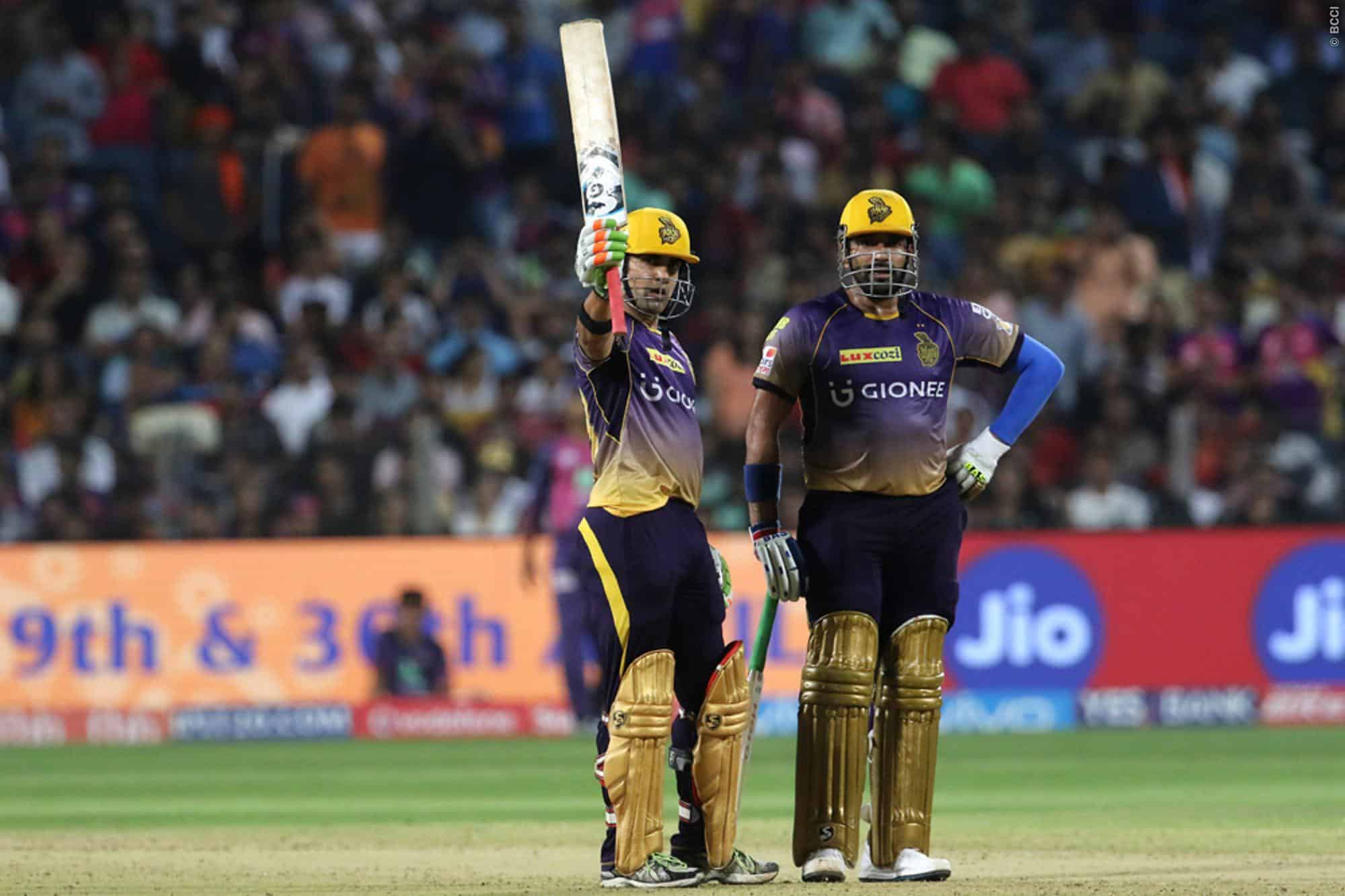 Welcome back after the match was abandoned without a ball being bowled on April 25th at Chinnaswamy Stadium between RCB vs SRH. Equal points have been rewarded to both the teams. Let’s see about the big match between KKR and RPS at Maharashtra Cricket Stadium in Pune on Wednesday and KKR terrific win over RPS by seven wickets and shown their strength again in IPL 2017.

KKR was in tremendous form in this IPL 2017, Robin Uthappa the hero of the match thrashed an excellent half century and the partnership of 158 runs between captain Gambhir and Uthappa took the team to the path of victory with 11 balls to spare. RPS looks good in the previous match but they lost because of the poor bowling attack. RPS came to bat and started the innings very nicely with 65 runs partnership between Rahane (46 runs) and Rahul Tripathi (38 runs). MSD the star player of RPS who scored some quick runs with 2 sixes (23 runs of 11 balls) and Smith half century helped the team to put 182/5 in 20 overs. Piyush Chawla, Umesh Yadav, Sunil Narine of KKR picked up a wicket each and Kuldeep Yadav picked up 2 wickets for his side.

Following the chase of 183 runs, Sunil Narine steady start of 16 runs where Gambhir (62 runs) and Uthappa (87 runs) held the fort for Knights played some terrific innings and to go on top of the 2017 Indian Premier League points table. Unadkat and Daniel Christian of RPS picked up a wicket each for his side. The absence of Ben Strokes and the due factor played a significant role in the loss of the match.

Let’s see some important highlights of the match here.

Watch out the complete highlights of the match here – https://goo.gl/JGR1Fe