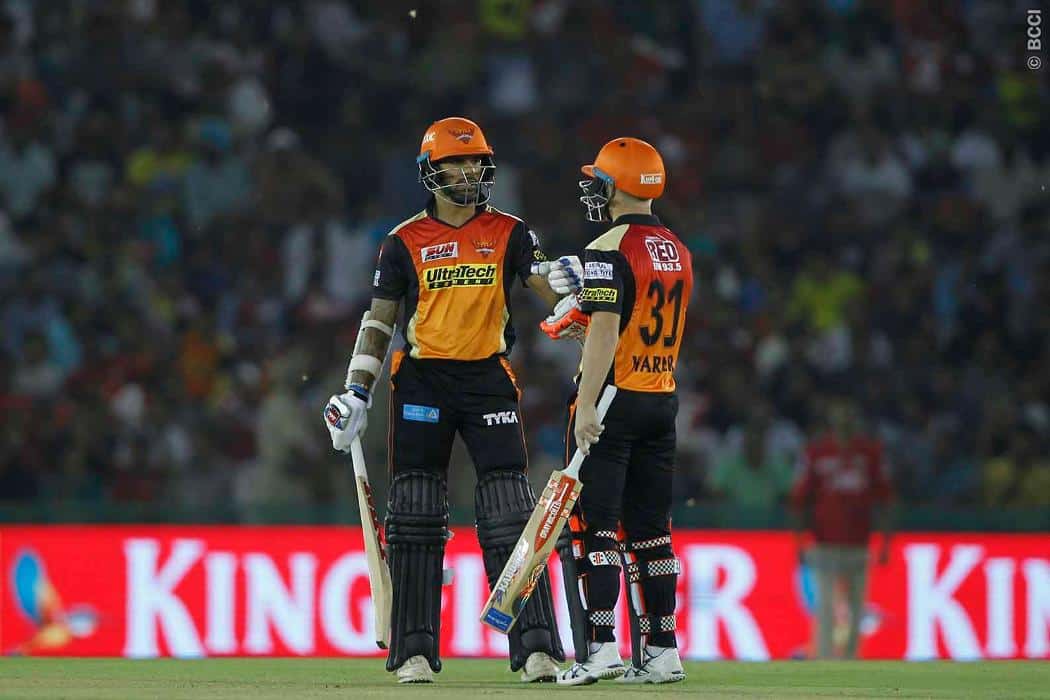 IPL 2017 is going to be very interesting and the upcoming matches are really challengeable for the team to fight back strongly for the first 4 places in the points table. Another big match at Mohali on Friday, SRH registered their first away win in this IPL 2017. They defeated KXIP by 26 runs and moved to third place in the points table.

KXIP started well in this IPL season and recently they faced some consecutive defeats and came strongly with GL. But again, they failed to move on a victory track and fallen shortly to SRH. SRH who came to bat first with the dangerous in-form batsmen Warner and Dhawan put 107 runs on the board made a steady start for his team. After the departure of Warner, the New Zealand skipper Kane Williamson joins the party with his brilliant half century and managed to set the target of 207 runs to the opponent. Following the huge chase of 208, Guptill started with a bang but fallen shortly in 3 over. Manan Vohra also failed to put runs and Shan Marsh played an excellent knock of 84 runs and kept the match alive in middle but rest of the players didn’t perform well with the bat and they manage to get only 181 runs in 20 overs. Take a bow to SRH bowlers who bowls such a tight spell and played a vital role in the victory. B. Kumar (SRH) remarkable spell proved his consistency again in this season and going very strong with the ball. Let’s see some important highlights of the match here.

Watch out the complete highlights of the match here – https://goo.gl/4z6k40