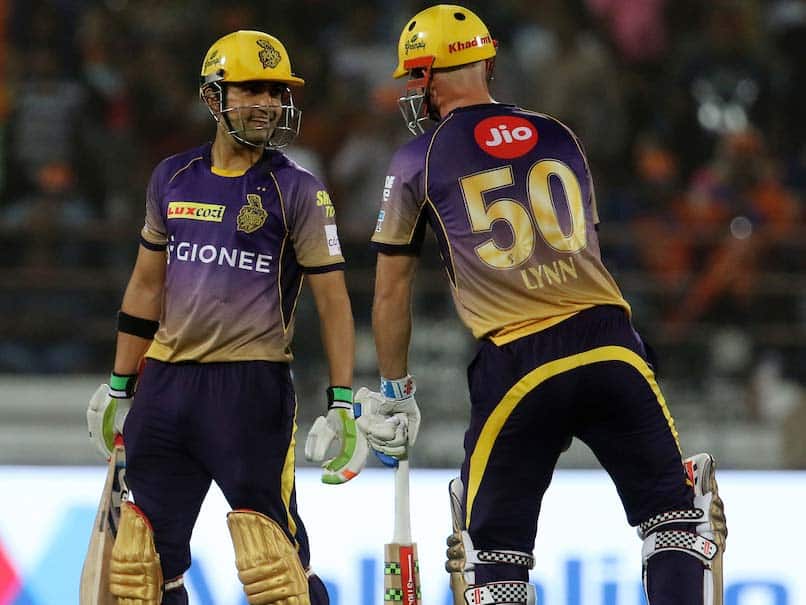 IPL 2017 began with a roaring start I would say by seeing the initial three matches. Both batsmen & bowlers had their days where the batsmen got a good outing. Runs were coming quick and in amazing fashion as all these three matches saw 180+ scores on the board. Let’s take a look at the match no:3 GL vs KKR highlights, the battle between the west (Gujarat Lions) and the east (Kolkata Knight Riders). The best thing as far as I see in this match is Gautam Gambhir with all smiles after the victory, that is good to see on his face.

Kolkata won the toss and put Gujarat Lions to bat and won the match comfortably with 10 wickets. Kolkata made a complete mockery out of Gujarat Lions bowlers and thrashed them to every corner of the park. The way GL struggled to get wickets of the opponent was clearly visible by the inexperience in bowling shown by them. 1. Gujarat Lions put a strong score 183 on the board but failed to defending the same.

2. Brendon Mccullum made a blazzing start by punishing KKR mystery bowler Sunil Naraine to fours and sixes. He made 35 runs of just 24 balls.

3. Suresh Raina had a great outing along with Dinesh Karthik who carried his form from the first class season. Suresh Raina well capitaziled of Kuldeep Yadav dropping his catch when he was in 14 or something. Finally he made 68*(51 balls) and Dinesh Karthik 47(25 balls).

4. Chris Lynn alongside Gautam Gambhir combinedly took the KKR to a good start and finish off the innings in 14.5 overs without loosing any wickets.

5. Kuldeep Yadav was the pick of the bowlers, clinching two wickets and giving away only 25 runs in his four over quota.

Let’s hope Gujarat Lions comes up with a strong bowling lineup as well as they were pushed to keep Ravindra Jadeja and Dwayne Bravo for injury reasons.