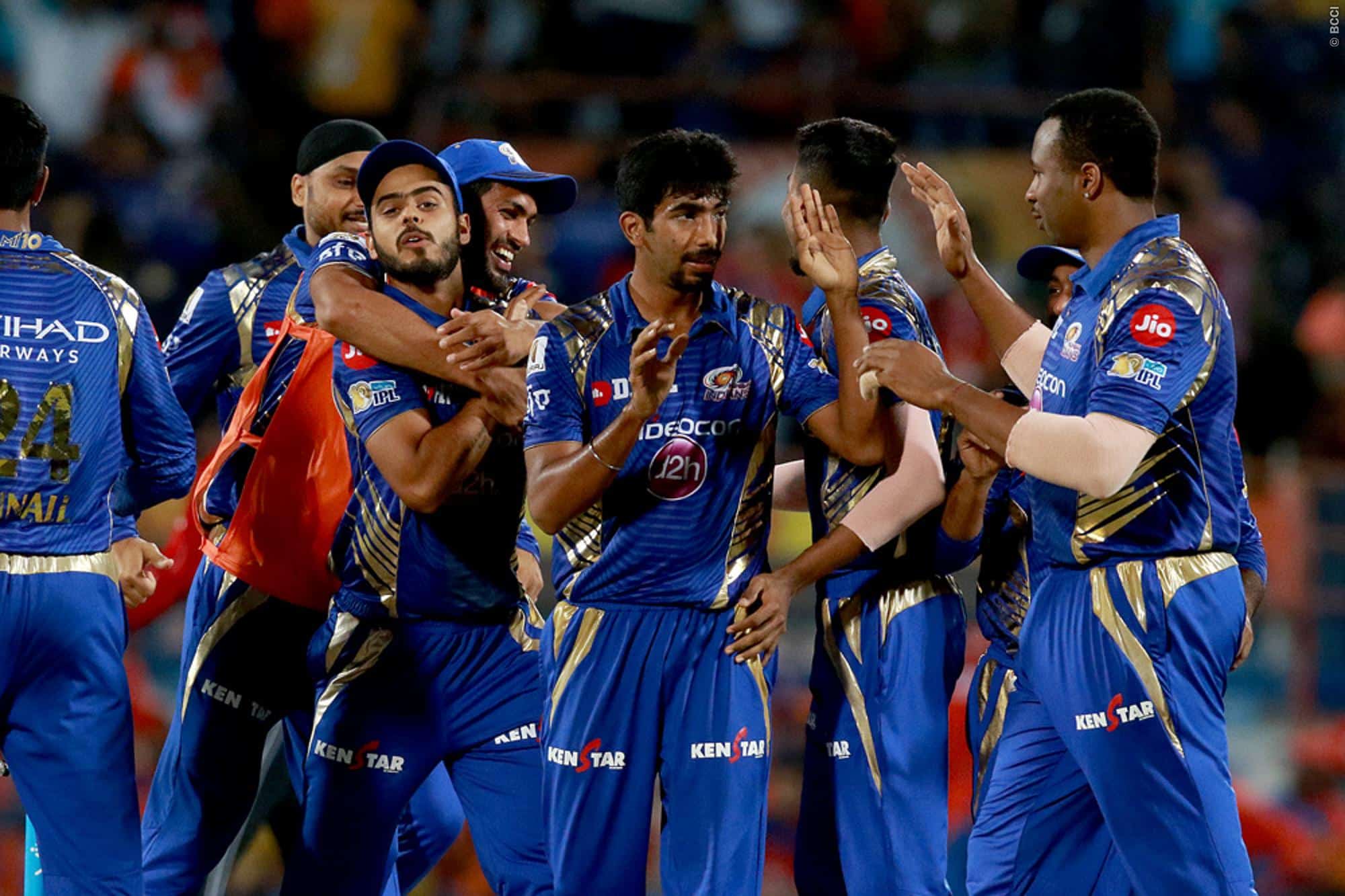 Wow!! Excellent match here on Saturday at Rajkot between Gujarat Lions and Mumbai Indians where MI won the match in a super over. The first super of IPL 2017 and Jasprit Bumrah of MI yorkers and slow balls crushed GL in super over and they won comfortably and consolidated their second position in the points table.

Gujarat Lions came to bat and Ishan Kishan slammed the MI bowlers and scored 48 runs but there was a complete collapse in middle order then Jadeja (28 runs), Faulkner (21 runs) and Tye (25 runs) put some runs on the board and set the target of 154 runs to the opponent.

Krunal Pandya impressed the visitors with 3 wickets and Bumrah the key bowler of MI bowled magnificent spell especially in death overs and also in super over. Following the chase of 154, Parthiv Patel steady start of 70 runs looks good but they suffered a collapse and were all out for 153, despite being 104/2 at one stage. Basil Thampi important spell and he took 3 wickets which helped MI to struggle the opponent at one stage. JP Faulkner (GL) also bowled very nicely and took 2 wickets who bowled the super over where they set the target of 12 runs.

Bumrah who bowled the terrific spell in super over and gave just 5 runs and won that thrilling super over and showed that he is one of the best death over bowlers in the world. Let’s see some important highlights of the match here. Watch out the highlights of the thrilling super over here – https://goo.gl/E1gnnm